These groups have the same dimensions and performance but can have different terminal post types, post locations, and polarity.

Battery groups in this section below are not identical to the group 24F battery, they can be a little bigger or smaller. Please pay attention to the post terminal types and their location

Smaller batteries can have less capacity, performance, and power in comparison with 24F group.

Bigger batteries can have more capacity and power compared to 24F batteries.

If you need 24 Volts, you can connect two group 24F batteries in series to double the voltage. The voltage of a series connection is equal to the sum of the voltages of all its batteries. If one 12V lead-acid battery is connected to another 12V lead-acid battery, you have 24V total power output. Each battery must be fully charged and completely isolated from the other before connecting them in series, or there will be damage to at least one of them.

Increasing a Capacity of 24F Batteries with a Parallel Connection

What is a Group 60 Battery: Technical Information and Comparison with Alternatives 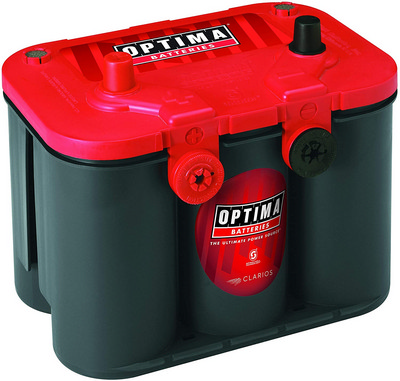 What is a Group 75 Battery: Technical Information and Comparison with Alternatives

Some posts may contain affiliate links. BatteryGroupExpert.com is a participant in the Amazon Services LLC Associates Program, an affiliate advertising program designed to provide a means for sites to earn advertising fees by advertising and linking to Amazon.com.